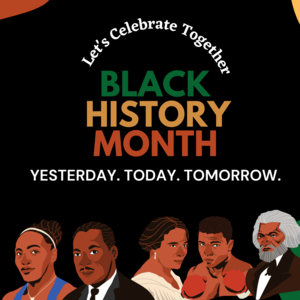 Join us in honoring the African-American leaders who have led the way for all that we see today in our, societies, communities, businesses, schools and more! Black History Month began in 1926 by Carter G. Woodson. It was originally a week-long celebration to coincide with the birthdays of Frederick Douglas and Abraham Lincoln. That all changed in 1976 when President Gerald Ford declared to extend the celebration and recognition of the African American community for the entire month of February.

We will celebrate and recognize our African American Community

Here are some important facts to know during Black History Month.
** will be updated throughout the month of February 2022**